1 AdBlue contamination in Diesel Tank - How to Fix

AdBlue - What do you do?

As vehicle manufacturers look to decrease harmful emissions, new products such as AdBlue are having a positive impact, but they are not without problems. An increasing number of vehicles are making their way into workshops around the world, with expensive repair bills from AdBlue not being used in the correct manner.

AdBlue is a colourless solution of deionized water (67.5%) and high purity urea (32.5%) designed to reduce the levels of nitrogen oxide (NOx) making their way into the environment from diesel exhaust fumes.

How does it work?

AdBlue is stored in its own tank (next to the fuel tank) and then injected into the SCR catalytic converter via a dosing control unit, which will only supply enough AdBlue to make up 2-6% of the total fuel consumption. Once in the SCR catalytic converter, the urea will heat and become ammonia which then reacts with the NOx and converts to a more environmentally friendly mixture of nitrogen, water and a small amount of carbon dioxide. 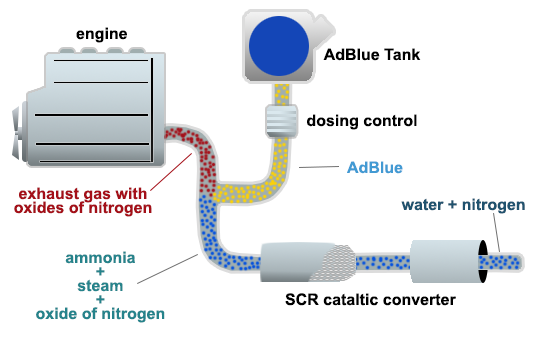 How does AdBlue cause damage?

The most important thing to remember is AdBlue is not a Fuel Additive and cannot be added directly to the diesel. It needs to go through the dosing control unit and mix with the exhaust gases at a controlled rate. Many people mistakenly believe AdBlue can be added similar to a fuel additive, directly into the diesel tank, rather than into its own tank. This is not the case and is the number one reason AdBlue damage occurs.

What damage can occur?

Switching on the engine will cause AdBlue to run through the entire fuel system and cause extensive damage. As AdBlue flows through the system, it will corrode many metals such as steel, iron, brass, aluminum & zinc. The entire fuel system will need to be replaced. This includes the tank, pump, rail, injectors, pickup and return lines, sender unit etc.

If you suspect AdBlue Contamination:

AdBlue is virtually untraceable but the urea will crystalize when exposed to air. Any sign of crystals in either the diesel tank or a Fuel Sample is proof of AdBlue contamination.

If AdBlue is put into the Diesel Tank, do not even turn the key, as if the vehicle has an intake pump, AdBlue will begin circulating through the system. Drain the tank immediately and clean with warm water. Let it dry completely. If it’s free of crystals, it can be used again.

Diagnosing via a Fuel Sample: Leave the lid off for approx. 12-24 hours to confirm. Generally, the crystals will slowly form as soon as exposed to air. 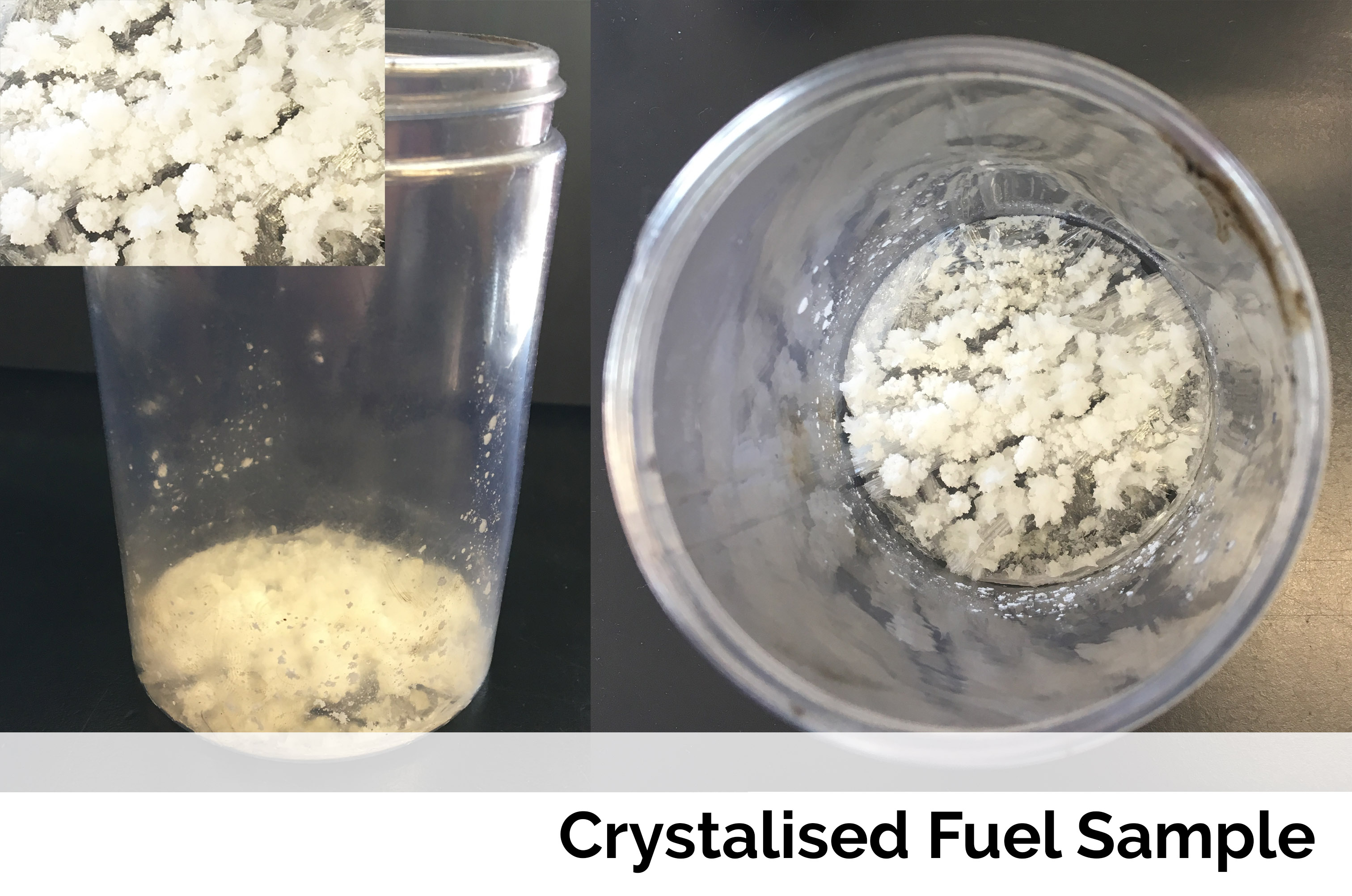 If AdBlue Contamination is confirmed: